Sandisk has just launched a 512GB SD card. Quite an incredible feat if you think about it. It was only 10 years ago in Dec 2004 that a 512MB was making the headlines!

The bigger the mem cards, the more nonsense we tend to dump inside. Here are a couple of pics to ponder over. That Sharp phone was the first commercial phone with a camera (2MP). The first phone with a camera that took a picture was a Motorola Startac rejigged by engineer Philippe Kahn who wanted to snap a picture of his baby with a phone. That's the world's first phone pix. I wonder where's the baby now!

And the Neonode phone (credit card sized) was the first phone to unlock using finger swipe action. Note Apple! (Apple and Samsung found out during a patent court case). In terms of tech, the Neonode approach was very different. It uses an array of LED beams rather than a touch sensitive screen to achieve the finger action. 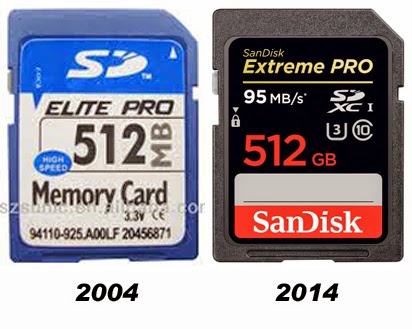 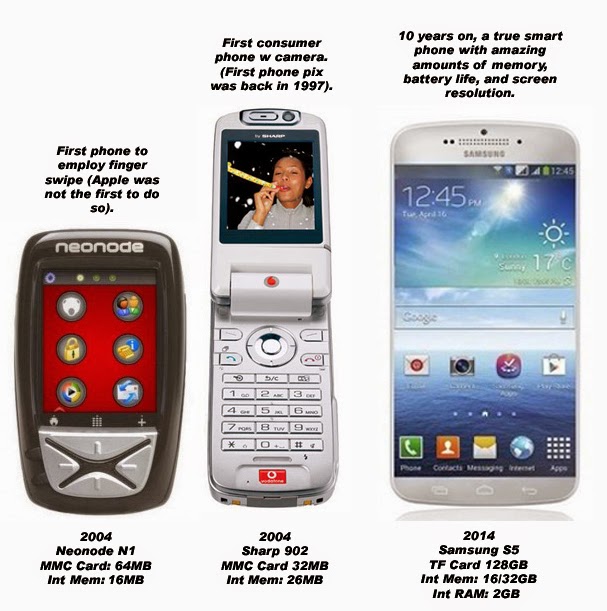 And speaking of memory cards, I've accumulated quite a few over the years. Well, truth be told, probably more recently in the last five yrs or so with the SD card being more popular. Before they, I could easily do well with a thumbdrive of just 256MB. I'm not one to listen to MP3 songs then, so any more memory would be wasted on me.

Of the collection, I like that bendable SD the best. It can be hinged in two and reveal a USB connector. Neat, no? You can see a pix of it below, the one in the transparent casing. ;-) 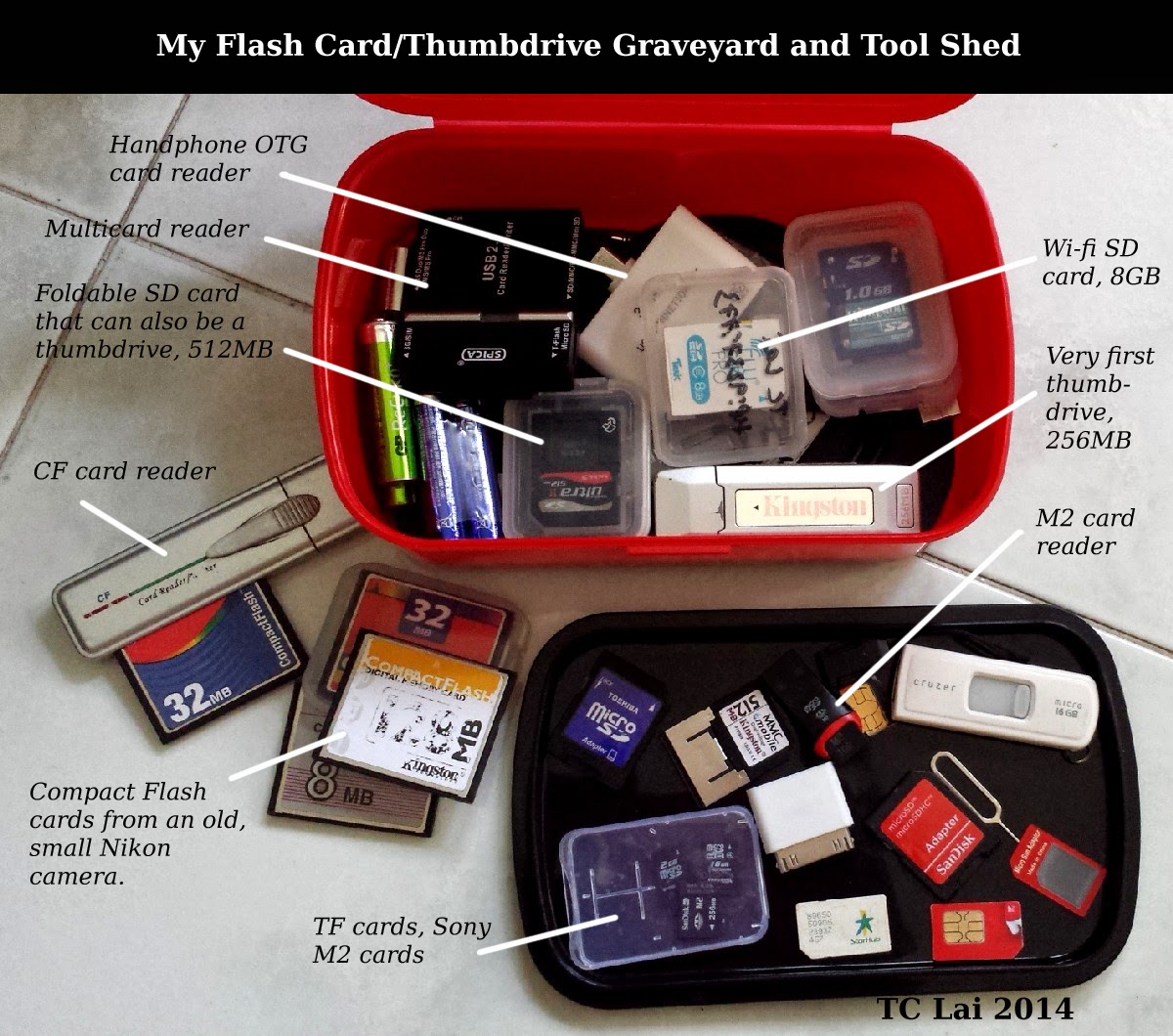